Part of a series: #squeak-phone

One lovely thing about working in Smalltalk is the effortlessness of development.

I started off developing the code on my desktop machine, and occasionally testing it on the phone itself. I just rsync the image and changes files back and forth. This lets me pick up exactly where I left off on the other device each time I move over.

However, developing on the phone was challenging because of the lack of a keyboard (though I’ll post soon about an on-screen keyboard I’ve written). So I installed RFB (from here) into my image on the desktop, and tested it. Then I saved the image and rsynced it to the phone as usual, and presto, I can develop and test interactively on the phone itself: 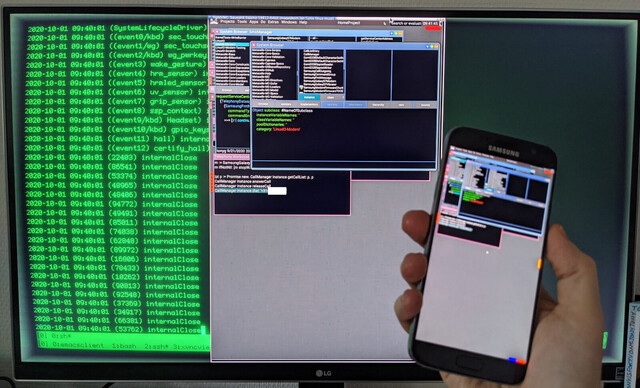 Using VNC to develop on the phone itself

There were a couple of things I had to do to get this to work: